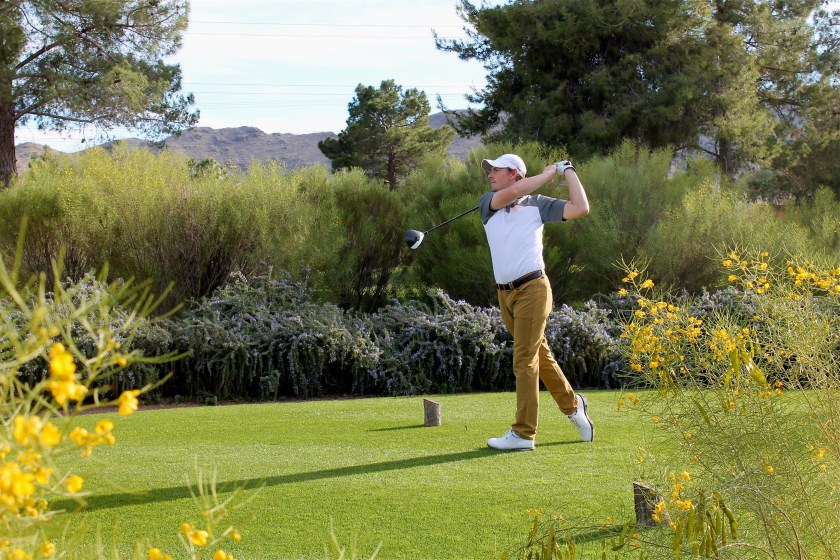 Albertan Steven Lecuyer is competing in the Zanaco Masters in Zambia this week, in what will be his first Sunshine Tour event. Lecuyer received his Sunshine Tour card after advancing through qualifying school.

Lecuyer brought up his excitement for the week and the season, stating, “I feel very excited about my first season on the Sunshine tour, the players and venues are world class. This will be a great experience and I look forward to starting the season this week in Zambia,” he said.

This weeks event is taking place at the Lusaka Golf Club.  Lecuyer described it as a tight driving course with small greens, which makes for a good challenge.

Lecuyer also described how he feels his game will match up against the course. “My game suits this course well, I’m hitting it well off the tee and hitting my short irons solid as well,” he said.

An interesting aspect of this weeks tournament are the greens, as the Sunshine Tour went as far as to admittedly call them patchy. Lecuyer agreed, saying they are grainy with not much break, but he also said that if he hits it solid with pace, there will be no problem in sinking putts this week!

Update: Steven Lecuyer shot a 2 over round of 74, placing him in a tie for 76th after the round one.

Bear Mountain British Columbia native Steven Lecuyer, is attempting to gain status on the Sunshine Tour, through competing in qualifying school this week in Johannesburg.

The Sunshine Tour is the national tour of South Africa where all successful South African professional golfers have gotten their start. Some notable players that have played on the tour include; Branden Grace, Trevor Immelman, and Charl Schwartzel.

Lecuyer currently sits tied for 23rd at -1, after three rounds of the five-round tournament, shooting 71,72,72.

Lecuyer has been a professional since graduating from Central Arkansas University in 2011. In 2012 Lecuyer made 7 out of 8 cups on the Canadian Tour with his best finish being 12th.

Recently, Lecuyer competed in two events on the Mackenzie Tour last season, one of which was the tours qualifying school. He lists on his website that his main focus is to gain status on the Sunshine Tour, with his ultimate goal being the Web.com tour.

The leading 30 players and ties will gain their cards on the Sunshine Tour after the culmination of the five-round qualifying tournament.  This tour card will get players into most Sunshine Tour events and one’s finishes in the events they get into, it will allow them to receive entrance into harder to get into events, such as ones run with the European Tour.

Interestingly, Graham DeLaet won his third professional event on the Sunshine Tour in 2009, before making the jump to the PGA Tour in 2010.